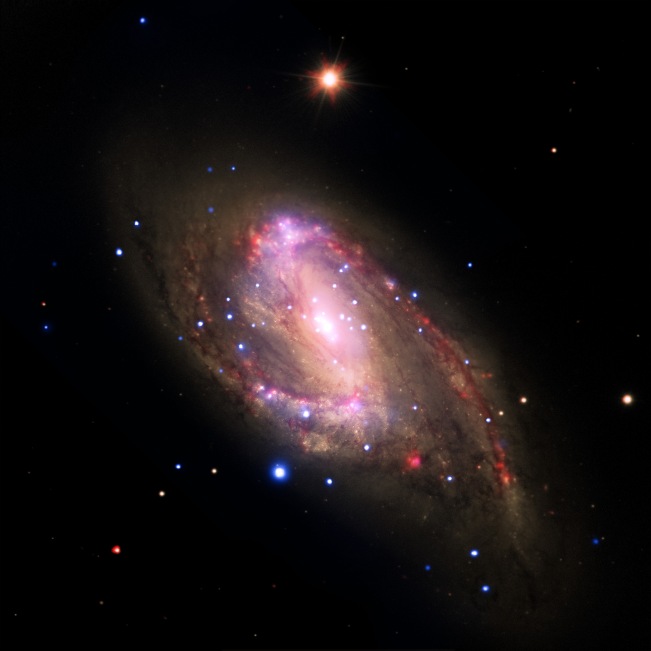 You may notice that this galaxy which was discovered by Charles Messier on the night of March 1, 1780 doesn’t quite look normal as far as spiral galaxies go. This look didn’t go unnoticed as it landed a spot in the Arp Catalog of Peculiar Galaxies. So what happened, did another galaxy pass through this one as that does happen quite often in the cosmos? In fact the distortions in this galaxy are caused by tidal interactions with two other nearby galaxies; M65 and NGC 3628. Combined, these galaxies are very well known as “The Leo Triplet.”

WHAT IS IT?: Varred spiral galaxy.

WHERE IS IT? (General): Constellation Leo “The Lion” & a member of the Leo Triplet.