Alone in a Galaxy of Billions 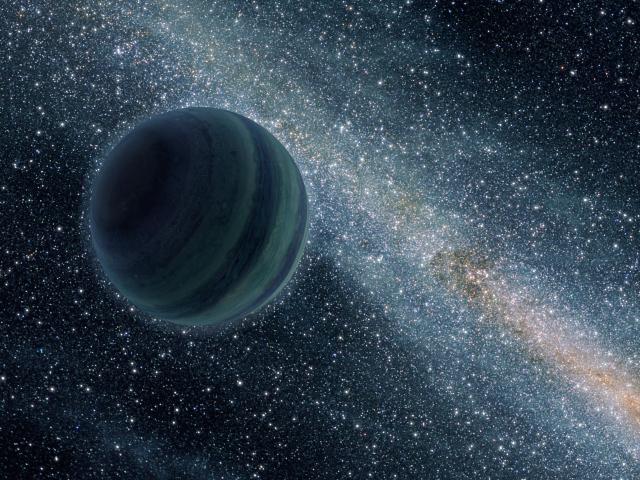 Ever feel alone in a world of billions? Well believe it or not, there are planets in our galaxy and likely in every galaxy that truly are alone. Through the unfortunate interactions of their fellow planets, they have been ejected from their home star system to wander the dark interstellar space in between, never having experienced a sunrise or sunset for it is always night. We call these free floating, orphan, nomad or rogue planets and they’re predicted to be everywhere.

When star systems form out of a protoplanetary disk of material it’s a violent and chaotic situation. Unlucky young planets can get absorbed by their host star, some planets collide and are destroyed and some planets get the short end of the gravitational stick as the interactions of other planets and even the star itself hurl them from the star system to live in darkness. The closest known orphan to our solar system is WISE 0855-0714 and it’s actually pretty close at 7 light years away.

There is also a category of object known as sub-brown dwarfs which are in short, small brown dwarfs or failed stars that are just larger than Jupiter. An interesting example of this is Cha 110913-773444, 163 light years away. This is a failed star that actually has planets orbiting it. A dark star system.

Imagine for a moment if you will, visiting one of these dark worlds or systems of worlds and peering into the universe from its surface. From a planet with no star the universe is always in view. The only way you would even know you’re rotating is that new stars appear in the sky over the course of the rotation. Maybe it even has a moon and the only way you know that it has one is periodically, stars in the sky blink out then back on again as the moon passes. Imagine traveling out to one of these lone planets. What would you see as you approach a lone planet with no star? As you and your ship move in closer and closer stars in front of you begin to go dark until all that’s in front of you is a vast dark sphere void of stars. You now know the planet is there, now how do we get to the surface? Doesn’t that just scream to be written into a sci-fi novel?!

Here’s the kicker to all of this. Studies have actually been done and It’s been estimated through the combined work of the Microlensing Observations in Astrophysics (MOA) and Optical Gravitational Lensing Experiment (OGLE) that there may be more than 400 billion free floating or orphan planets wandering the Milky Way alone! Let your imaginations run wild with that fact for a while.

NASA page for this illustration: http://www.nasa.gov/topics/universe/features/pia14093.html