Gems in the LMC 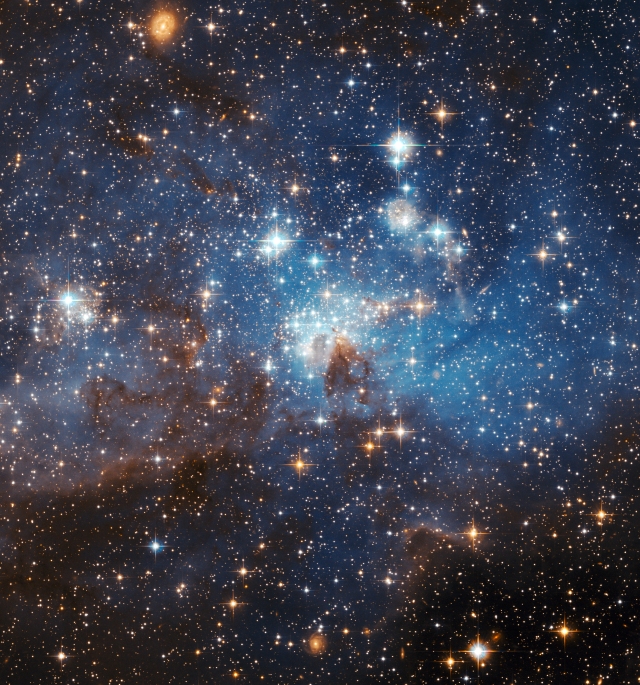 Back in March of 2006 Hubble aimed its 8 ft. (2.4m) eye at the Southern Hemisphere’s greatest night sky prize, the Large Magellanic Cloud (LMC); specifically at this beautiful star forming region cataloged as LH-95. The LMC is a large satellite galaxy to our home star city that resides about 160,000 light years away and LH-95 is just one of hundreds of star forming regions within it.

Long ago, this region was a vast cloud of interstellar material. As it slowly condensed under its own gravity it also became very hot until eventually pressures and temperatures were so great that fusion was able to take place, sparking these stars into existence. Once born, one by one over millions of years, these newborns and their stellar winds began the task of blowing away the left over material that created them so they could get their first look at the universe; and the universe could in turn, get its first look at them.

One of the real treats in this image isn’t just the star forming region itself, but what’s behind it.  If you expand this image there are dozens of distant galaxies, tens of millions of light years beyond.

What is it?: Star forming region.

How big is it?: Roughly 140 light years in diameter.

Where is it? (General): Large Magellanic Cloud (LMC) in the constellation Dorado.