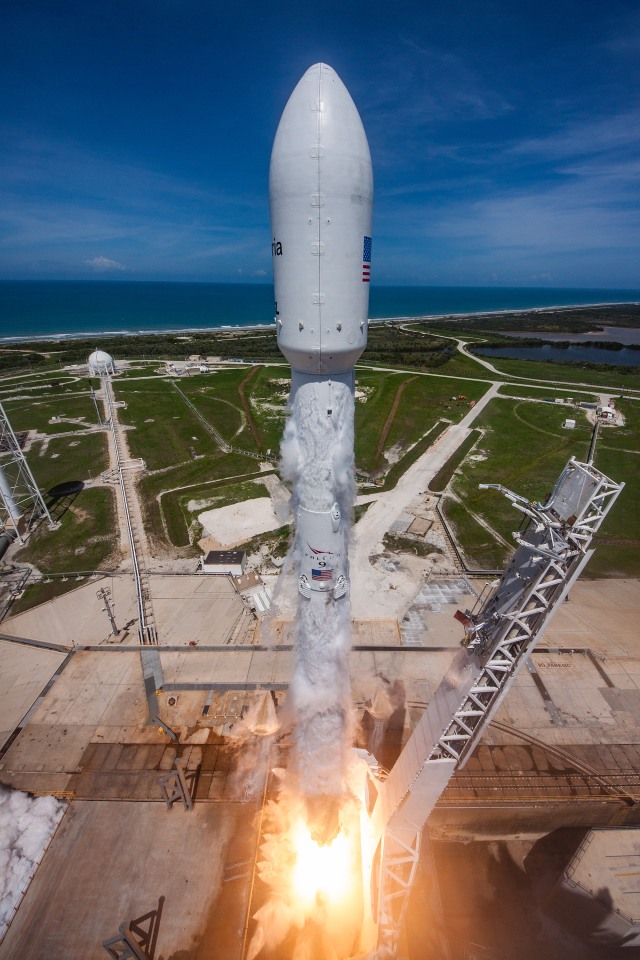 Images credit & copyright: SpaceX. Live streaming links and mission information at the bottom. Check back for updates as information on this mission has been slow coming.

Stats: This will be SpaceX’s 1st launch of 2018, the 47th Falcon 9 flight overall, and the parameters of this mission will allow for a Return To Launch Site (RTLS) where the first stage of the Falcon 9 will return to, and land back at Cape Canaveral at SpaceX’s Landing Zone 1 (LZ-1) (former LC-13) allowing them to forego landing on their East Coast Autonomous Spaceport Drone Ship (ASDS), Of Course I Still Love You (OCISLY) or losing the booster to the sea.  If successful this will be SpaceX’s 21st landing overall; 12 on drone ships and 9 on land. 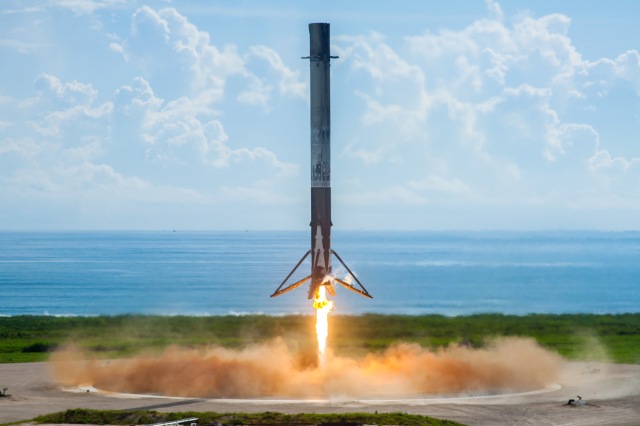 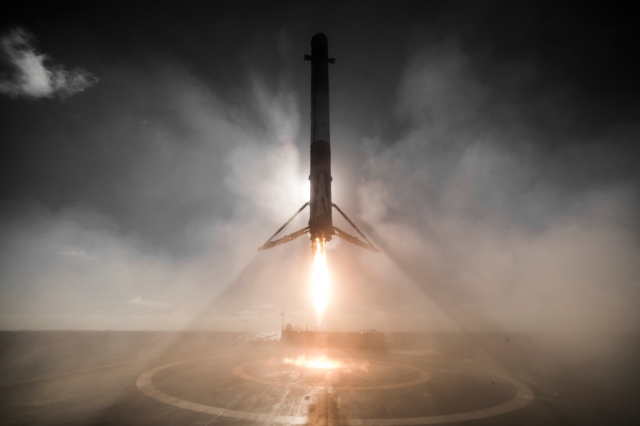 Autonomous Spaceport Drone Ships (ASDS): Were built at the Conrad Shipyard in Morgan City, Louisiana, the same place that NASA’s Pegasus barge was refitted to support the SLS program. Pegasus carried lots of equipment throughout the years but most famously the space shuttle external fuel tanks from NASA’s Michaud Plant in Louisiana to KSC.

SpaceX’s barges are 300 by 100 ft. with “wings” that extend that width to 170 ft. It has also been fitted with thrusters repurposed from deep sea oil rigs that are able to hold balance and position to within 3 meters even in storm conditions. ASDS’s are painted black with the SpaceX “X” logo, a yellow inner ring and outer white ring acting as a bull eye. The East Coast ASDS is “Of Course I Still Love You (OCISLY)” and the West Coast’s ship is “Just Read The Instructions (JRTI).” 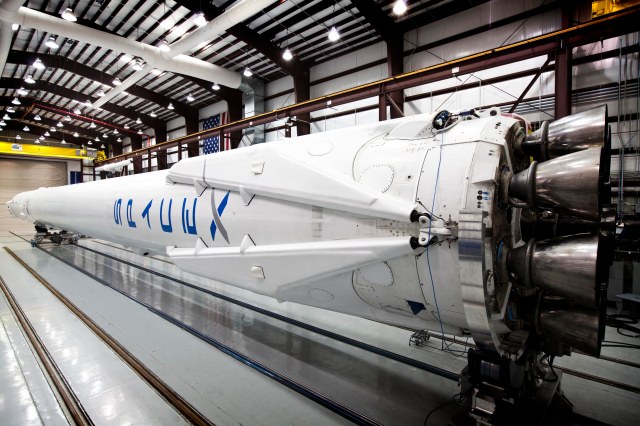 The Rocket: The greatly improved Falcon 9 “Block 3” Full Thrust (FT) is a 2-stage partially reusable launch vehicle with future ambitions of becoming fully reusable. The new version is 3.66 m (12 ft.) in diameter and 70 m (229.6 ft.) tall which is about 1.6 m (5.6 ft.) taller than the Falcon 9 v1.1 or “Block 2” in order to house a higher volume fuel tank. It is also fitted with upgraded Merlin family main engines. They have replaced the 9 Merlin-1D (and before them were the 1C engines), with the more powerful Merlin-1D+ engines that will provide a thrust of nearly 694,000kg (1.53 million lb.) at sea level. Each Merlin-1D+ provides 180,000 lb. (81,600 kg) of thrust at sea level, which equates to roughly a 20% increase in overall performance. If you add that with the new process of densifying the fuel and improving the overall airframe, the total gain in performance is about 33%.

Also currently in use is the Falcon 9 “Block 4” FT which is an upgraded Block 3 and it serves as the relatively short transition vehicle to the “Block 5” Falcon 9 which should be flying in 2018 and what Elon himself says is the final version of the Falcon 9 rocket. Details haven’t been released but greater engine performance and reusability upgrades will be the main improvements. 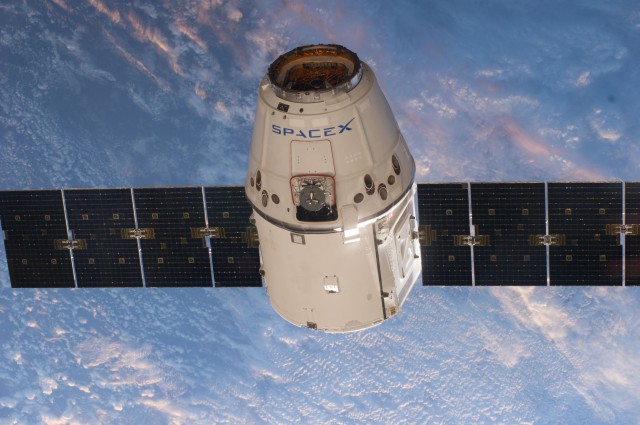 Main Composite Payload Fairing (when in use): the two shell, composite payload fairing is 13 m (43 ft.) in length and 5.2 m (17 ft.) in diameter. The fairings are used to protect the spacecraft during ascent through atmospheric turbulence and into space. Once the rocket has reached a safe altitude the fairings jettisoned, exposing the spacecraft(s).

Second Stage: The Falcon 9 second stage is 10 m (33 ft.) in length, 3.66 m (12 ft.) in diameter and is powered by a single, gas generator, open-cycle, turbopump Merlin-1D+ (plus) vacuum engine utilizing rocket propellant 1 (RP1) as fuel and liquid oxygen (LOX) as an oxidizer. The Merlin 1D+ Vacuum engine boasts 934 kN thrust in a vacuum, a chamber pressure is more than 100 bar, a specific impulse of 348s in a vacuum with a burn time of 397 seconds.

Interstage: is a 4.4m (14.4 ft.) composite structure that connects the first stage to the second stage and holds the release and separation system. Its al all pneumatic stage separation system for low shock, highly reliable separation that can be tested on the ground, unlike pyrotechnic systems used on most launch vehicles.

The first stage is fitted with four independently steerable titanium grid fins that help control pitch, yaw and roll during vertical decent as well as four landing legs that extend before touchdown. 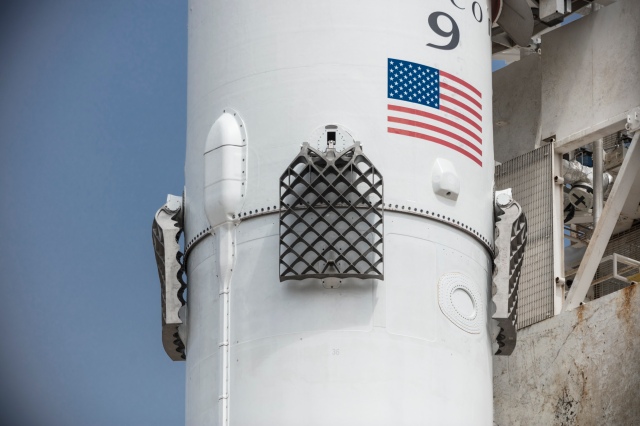